Does the Book of Psalms Contain an Argument?


Although it is commonly known that the Book of Psalms consists of five smaller books or sections (1-41, 42-72, 73-89, 90-106, 107-150), there is some debate as to whether the arrangement of the individual psalms convey an argument or not. Julia O'Brien has a nice discussion of this issue here.

Posted by Charles Savelle at 9:43 PM No comments:

Sale on Some Titles from Oxford University Press


Oxford University Press is having a holiday sale of select titles, 30-65% off. Titles of interest include:

Israel in Egypt: The Evidence for the Authenticity of the Exodus Tradition - James K. Hoffmeier for 50% off = $17.50

The Outrageous Idea of Christian Scholarship- Gerry Marsden for 50% off = $10.00

To see all 31 religion and theology titles at 30% off go here.

To see all 31 religion and theology titles at 50% off go here.

To see all 52 religion and theology titles at 65% off go here.

Jervell on Paul According to Paul and Acts


"The Lukan Paul, the picture of Paul in Acts, is a completion, a filling up of the Pauline one, so that in order to get at the historical Paul, we cannot do without Acts and Luke."

Posted by Charles Savelle at 10:49 AM No comments: 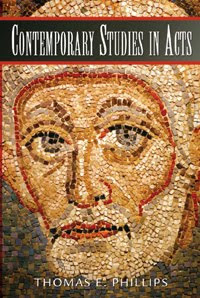 o mid-second-century emergence of the Christian apologists. As such, the book of Acts has come under increasing scrutiny in recent years. These present groundbreaking essays reveal the best in contemporary thought about this fascinating one-of-a-kind book. The authors in this volume provide us both with snapshots of the most pressing questions in contemporary Acts scholarship and with succinct expressions of the best answers for those questions. This volume is more than a mere restatement of the status quo. Rather it is very much an exploration, but an exploration guided by seasoned Acts scholars. Perhaps most importantly, many of the contributors pay particular attention to the question of the origin and reception of Acts as a pivotal document within early Christian thought. Together they call for a reconsideration of many widely held, but not well-defended truisms in Acts scholarship. These new investigations into Acts originated from the 2006 and 2007 meetings of the SBL section on ACTS. These essays reexamine the origin and reception of Acts as a document within the larger world of early Christianity. The list of contributors includes both well-established and emerging leaders in Acts studies.

Wrestling with and for Paul – Joseph B. Tyson

Acts in the Suburbs of the Apologists – Richard I. Pervo

Acts and the Structure of the Christian Bible – David E. Smith

The Downfall of Eutychus – Andrew Arterbury

Posted by Charles Savelle at 6:57 PM No comments:


The Paul and Scripture blog has links to some of this year's SBL papers related to the Pauline Corpus. See it here.

HT: Nijay Gupta
Posted by Charles Savelle at 8:12 AM No comments:

Babylon in the British Museum


Note: There is some political commentary before you get to the presentation on Babylon itself.

Posted by Charles Savelle at 11:34 AM No comments:

Evangelicals and Reading the Church Fathers


David Neff has an interesting post of the recent fascination of Evangelicals with reading the Church Fathers.

Posted by Charles Savelle at 7:24 AM No comments:

The Epistle of James?


"Is the letter of James a letter, and if not, what is the genre of James? The text itself purports to be a letter. In classic form it begins with the sender, then the addressee, followed by the traditional greeting, chairein (greetings). Is that enough to qualify James as a letter? Yes. First, despite the pervasive influence of Paul, there is not a single model in the NT of what a letter looks like. NT letters vary in length, audience, outline, and topics, from the ‘letters’ in Acts to the ‘letter to the Romans.’ To argue that James cannot be a letter because it lacks final greetings is like arguing that Mark is not a gospel because it originally had no resurrection appearance, nor John because it has no birth narrative. Second, to disqualify James as a letter because the majority of its verses are devoted to paranesis (traditional moral instruction) and diatribe (moral exhortation) is to confuse form and content. By this standard one would also disqualify Romans . . . More generally . . . James may be thought of as a homiletical letter intended to be circulated and read aloud (as were all letters) by early Christian communities influenced by the Jerusalem church. Whether one thinks of it as a letter in the form of a sermon or as a sermon in the form of a letter, it was a vehicle for sharing the teaching of James with the extended early Jewish Christian community – the ‘twelve tribes of the Dispersion’ (Gk diaspora).”

Posted by Charles Savelle at 5:36 PM No comments:


We all experience it. Trevin Wax has a good reminder of how to handle criticism in ministry. Read it here.

Posted by Charles Savelle at 9:36 AM No comments:

Jesus' Birth and the Census of Quirinius


See this article by Jared Compton posted at the Associates for Biblical Research website entitled " Once More: Quirinius's Census."

Posted by Charles Savelle at 7:37 AM No comments:

Pragmatism and Building the Church

Posted by Charles Savelle at 12:17 PM No comments:

Posted by Charles Savelle at 7:20 AM No comments:


If you have not seen this already, Daniel Doleys has two great lists of theological and biblical studies media resources here and here.

Posted by Charles Savelle at 7:13 AM No comments:


William Varner has a brief but helpful overview of lament Psalms here.

Posted by Charles Savelle at 6:18 AM No comments: 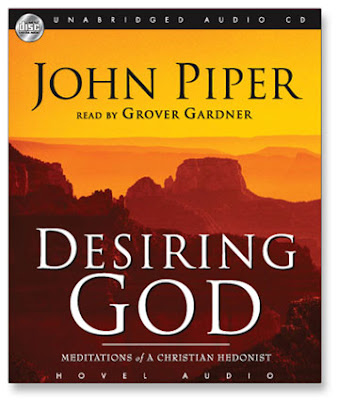 Christianaudio.com is offering a free audio download of John Piper's classic Desiring God. Go here and use the coupon code NOV2009.
Posted by Charles Savelle at 7:54 AM No comments:


Some may be interested in Emmaus Bible College's online program. You can watch sessions from some of the courses here.

Posted by Charles Savelle at 7:35 AM No comments: