The latest issue of Review of Biblical Literature is out. Reviews can be accessed by clicking the links below.
Darrell L. Bock and Robert L. Webb, eds.
Key Events in the Life of the Historical Jesus: A Collaborative Exploration of Context and Coherence
http://www.bookreviews.org/bookdetail.asp?TitleId=7900
Reviewed by Richard Horsley

Christopher Bryan
The Resurrection of the Messiah
http://www.bookreviews.org/bookdetail.asp?TitleId=7955
Reviewed by Peter Smit

Rolf A. Jacobson, ed.
Soundings in the Theology of Psalms: Perspectives and Methods in Contemporary Scholarship
http://www.bookreviews.org/bookdetail.asp?TitleId=7835
Reviewed by Jeffery M. Leonard

J. Randall Short
The Surprising Election and Confirmation of King David
http://www.bookreviews.org/bookdetail.asp?TitleId=7750
Reviewed by David G. Firth
Posted by Charles Savelle at 6:12 AM No comments:

The Value of a Good Outline

Peter Mead takes on some of what he perceives as myths of outlines and understands the benefits of outlining to be mainly for the speaker. I think that is good as far as it goes but it fails to appreciate the tangible benefits for the audience. Before proceeding to my response, read his post here.

I believe that a well crafted outline not only helps the speaker, but serves at least three significant purposes for the hearers. First, it reinforces the idea that there is a particular logic in the case of more didactic texts and a particular flow in the case of narrative texts. That is, outlines remind the listener that an argument or story is going somewhere. Second and related to the first, a good outline helps the listener to more easily anticipate where the preacher is going and to remember where the preacher has been. If I know a speaker’s outline, then I can more easily anticipate where he is going and as the message progresses, to frame where he is going in light of where he has already been. This can be invaluable in properly understanding and appreciating the material in any given section. I can recall many occasions as a hearer thinking, “Where is he going with this?” While creating a sense of anticipation can be a good thing, a listener who has to expend too much effort trying to figure out where a message is going is often going to miss important parts of the message itself. Third, an effective outline is a helpful teaching device in and of itself. A speaker always does one of two things. He communicates content (directly) and he communicates method (often indirectly). My first two points have addressed mainly the former, this last point addresses the latter. Outlining is a not only a tool in speaking but it is also a methodology for reading and studying. When a good outline is utilized, the audience implicitly sees the advantages of the method, thereby adopting the method as they might study the Bible.

One final point, Peter makes part of critique of outlines based on what audiences usually remember, but if memorability were the sole criterion for how we craft our sermons then I fear that we would fill it with illustrations and jokes. The fact of the matter is, many people remember very little of anything that we say after a few days. This is why my last point above is really important. I don’t care if the congregation remembers my outline, but I do care if I help to teach them implicitly the value of outlining and even to some degree, how to do it.
Posted by Charles Savelle at 3:24 PM 1 comment:

Louis McBride has a good post on the disturbing tendency among some to entertain old heresies. His final paragraph is worth repeating.
“For an increasing number of Christians today to suggest that something is a heresy (even though it was labeled as such over a century ago) is politically incorrect, rude and the height of intolerance.  Whereas many of the New Testament authors and first- and second-century church fathers fought hard to protect the church from the devastating effects of heresy nowadays we want to open up a dialogue with them.”
See Louis’ entire post here.
Posted by Charles Savelle at 8:45 AM No comments:


Some of my student readers might find this article helpful.

Posted by Charles Savelle at 1:53 AM No comments:

Peter Mead has some helpful suggestions for tweaking certain elements in one's preaching. I found the following comment to be particularly spot on.
"Instead of passionately pursuing the preaching of the message of the text, many preachers choose instead to preach their message from the text.  That is, they use the biblical text as a starting point, but at the end the listeners don’t feel they know the text any better than at the beginning.  Don’t preach from a text, preach the text.  (I think this is the hardest one to spot in a mirror – every preacher thinks they are explaining the text.  Perhaps you should ask someone who knows the Bible well and be ready to listen to what they tell you!)"
Read Peter's entire post here.

Posted by Charles Savelle at 5:51 PM No comments: 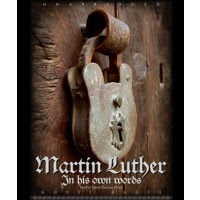 In honor of Martin Luther, Christianaudio.com is offering Martin Luther: In His Own Words as a free audiobook download through October 31. This is a compilation of many of Luther's most important writings, including the Ninety-Five Theses and six other works.
Posted by Charles Savelle at 10:14 AM No comments:

"Good exposition does not preach about the Bible. Good exposition preaches the Bible. It delights in the details and doctrines of Scripture. It teaches God's people to read and better understand the eternal and timeless truths of God's Word for themselves."
Daniel L. Akin, Bill Curtis, and Stephen Rummage, Engaging Exposition (Nashville: B & H Academic, 2011), 153.
Posted by Charles Savelle at 4:49 PM No comments:

The latest issue of Review of Biblical Literature is out. Reviews can be accessed by clicking the links below.
Rachel Adelman
The Return of the Repressed: Pirqe de-Rabbi Eliezer and the Pseudepigrapha
http://www.bookreviews.org/bookdetail.asp?TitleId=7785
Reviewed by John C. Poirier

John J. Collins
The Scepter and the Star: Messianism in Light of the Dead Sea Scrolls
http://www.bookreviews.org/bookdetail.asp?TitleId=7901
Reviewed by Erik Eynikel

Louis Stulman and Hyun Chul Paul Kim
You Are My People: An Introduction to Prophetic Literature
http://www.bookreviews.org/bookdetail.asp?TitleId=7962
Reviewed by Steed Vernyl Davidson

Samuel I. Thomas
The "Mysteries" of Qumran: Mystery, Secrecy, and Esotericism in the Dead Sea Scrolls
http://www.bookreviews.org/bookdetail.asp?TitleId=7408
Reviewed by Carol Newsom
Posted by Charles Savelle at 1:36 AM No comments: