The latest issue of Review of Biblical Literature is out. Reviews that may be of interest from a Bible Exposition perspective include:

Pamela Eisenbaum
Paul Was Not a Christian: The Original Message of a Misunderstood Apostle
http://www.bookreviews.org/bookdetail.asp?TitleId=7327
Reviewed by Yung Suk Kim

Mogens Müller
The Expression 'Son of Man' and the Development of Christology: A History of Interpretation
http://www.bookreviews.org/bookdetail.asp?TitleId=7145
Reviewed by Rollin Kearns

Alexander Tsutserov
Glory, Grace, and Truth: Ratification of the Sinaitic Covenant according to the Gospel of John
http://www.bookreviews.org/bookdetail.asp?TitleId=7157
Reviewed by Christopher W. Skinner

Posted by Charles Savelle at 3:17 PM No comments:


One of the books that I want to get soon is Paul's Parallels, edited by Patricia Elyse Terrell and published by T & T Clark. The publisher's description states:

Paul's Parallels is the first and only New Testament resource text in tables format presenting Paul's verses in column one, next to a row of parallels, echoes, or like-minded quotes from Old and New Testament resources as well as other extant biblical materials. The passages are cited in full.

This master of the epistolary writings, gives a verse by verse demonstration of Paul's thoughts, his ethic, and his actions that were picked-up by later Christian writers, copied by pseudo-Pauline admirers. It delineates some as distinctively Christian while others remained only in Paul's writing.

In addition, Luke's history about Paul in Acts is presented using the same format so the reader can easily cross-reference each epistle to its chronological setting. Documenting the history of Paul’s ministry in the same text allows the reader to instantly turn to the time and place in which Paul wrote that particular message. While investigating serious textual, literary, genre, and other theological characteristics, the reader has the opportunity of simultaneously locating Acts in its historical context.

Posted by Charles Savelle at 7:36 AM No comments:


Peter Mead provides some helpful insight into the problems associated with comparing preachers. Since such comparisons are practically unavoidable he offers three suggestions.

1. Don’t try to copy another preacher, but do learn from them.
2. Don’t be intimidated by other preachers.
3. Be wary of inter-church competition, esteem God’s work elsewhere.

Posted by Charles Savelle at 5:33 AM No comments:


"Of no book of the Bible is it more true than of Ecclesiastes that people have tended to read into it what they want to hear, and to get out of it what agrees with their own prejudices and convictions."

Posted by Charles Savelle at 4:38 PM No comments:


It is being reported that E. Earle Ellis, the well-respected New Testament scholar, has gone to be with the Lord. Although, I cannot say that I knew Dr. Ellis well, I did have the privilege of meeting him on several occasions and found him to be gracious in answering questions and discussing issues.

Posted by Charles Savelle at 10:21 PM No comments:

Posted by Charles Savelle at 8:26 AM No comments:


Westminster Bookstore is offering a special through March 9 involving the thirteen volumes in the Pillar New Testament Commentary series, including Peter O'Brie 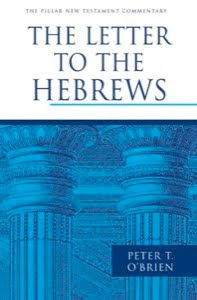 n's brand new Hebrews commentary (pictured) . These volumes are already discounted 36-45% off and buy two or more titles and you will get an additional 10% discount. You also get $1 shipping for orders over $35. The discount is automatically calculated in your cart. The following volumes are available.

Posted by Charles Savelle at 8:01 AM No comments: 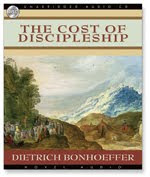 Christianaudio.com is offering two free audio downloads this month. The first is Dietrich Bonhoeffer's classic The Cost of Discipleship. The second free download is John Piper's Fifty Reasons Why Jesus Came to Die. Go here and use the coup 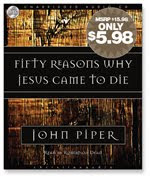 
“The Noahic covenant, including the various divine promises which accompany it, guarantees God's commitment to creation, and in particular, the preservation of life on the earth. It thus provides the necessary foundation for the story of redemption–life on earth is guaranteed to continue in spite of human sin.”

Aaron Chalmers, “The Importance of the Noahic Covenant to Biblical Theology,” Tyndale Bulletin 60 (2009): 209.

Posted by Charles Savelle at 9:54 PM No comments: