It is being reported that an inscription containing the name Jerubbaal and dating to around 1100 BC was uncovered in the excavations at Khirbat er-Ra‘i, near Kiryat Gat. This is interesting because Jerubbaal was also a name of one of the judges in the book of Judges (aka Gideon, see Judg 7:1). Caution needs to be exercised in drawing too many conclusions or connections except that it seems that there is now evidence for the existence of the name outside of the Bible. 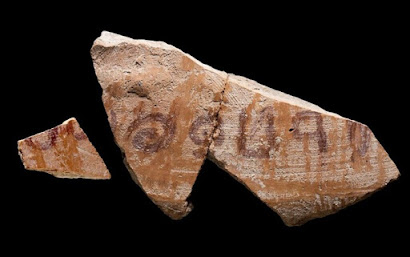 The Jerubbaal inscription, written in ink on a pottery vessel.
(photo credit: DAFNA GAZIT/ISRAEL ANTIQUITIES AUTHORITY)
Posted by Charles Savelle at 9:11 AM