Meyer on the State of the Post E.P. Sanders Discussion


"Many of those who followed in Sander's wake adopted his understanding of Judaism, but not his view of Paul. In other words, they agreed with S 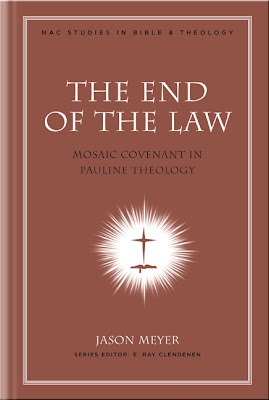 anders's assessment of Paul's context (i.e., the Judaism to which Paul responded) but not Paul's content (i.e., Paul's response to Judaism). Sanders argued that Paul attacked Jewish legalism, but only because he misunderstood the Judaism of his day. New Perspective adherents assert that Paul understood Second Temple Judaism, and therefore he did not attack Jewish legalism, but Jewish exclusivism.

Jason C. Meyer, The End of the Law: Mosaic Covenant in Pauline Theology, NAC Studies in Bible and Theology (Nashville: B & H Academic, 2009), 6-7.

You can read the introduction from which this portion comes here.

Posted by Charles Savelle at 6:38 AM